Who is Rajat Parr?

That's what we wanted to know!  Our friend, the delightful Harry Root from Grassroots Wine called to ask us to host Mr. Parr for a dinner at Restaurant Eugene.  Harry was arranging a tour for Raj (as he's know to his friends) to explore the southern food scene, and Restaurant Eugene, Harry said, was the perfect destination point between Birmingham and Charleston. 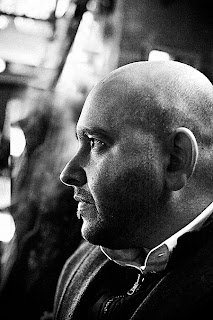 Our curiosity piqued, we began an earnest Internet inquiry and discovered someone who we are only too thrilled to get to know more.  Rajat Parr is a sommelier and wine director for Mina Group and its' some eighteen restaurants, including RN74 and Michael Mina.  Originally from Calcutta, Parr's story is based on a magical mix of luck, talent and hard work.  Parr knew from a young age that he loved food and wanted to work with it.  An opportunity to study at the Culinary Institute of America in Hyde Park was the lucky part.  Parr's passion took it from there.  At the CIA, Parr developed a serious interest in wine, and knew it was his calling.  After graduation, he found that his culinary training limited him to food (not wine) positions, so he accepted a job as a food runner at San Francisco's Rubicon, where he helped the sommelier staff whenever possible.  Parr quickly worked his way up to assistant sommelier, apprenticing under Master Sommelier Larry Stone.  Since then, Parr has been featured in wine geek publications as well as more mainstream media, including the New York Times and Food & Wine Magazine.  In fact, Parr was Food & Wine's Sommelier of the Year 2009.

When he's not managing the 2500 deep list for the Mina Group, or making wine for his own label, Parr Selection, Rajat Parr writes and educates about wine.  Says our friend Harry, "Raj is amazing.  People feel like they've always known what he's just told them.  He is one of the greatest."  Parr will be at Restaurant Eugene on March 22nd for a wine and author dinner.  Oh yeah, he's just published a book: The Secrets of the Sommeliers.  We are pleased to introduce him to you and grateful to Harry Root for our own introduction. 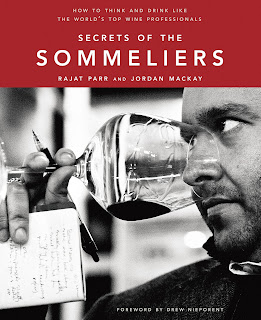