Restaurant Eugene celebrates its seven year anniversary April 2nd.  The restaurant exists due to the vision and leadership of Linton and Gina Hopkins.  As a young couple, the Hopkins hatched a dream to open and run one of the finest restaurants in the United States --- one that would honor the traditional foodways of the southeastern United States, while celebrating everything  urbane and creative of the capital of the south; one that would deeply communicate a sense of place and reflect the values and ethics of the owners.   Amazing things happen when you pour your passion and belief into a project.  Since opening seven years ago, Restaurant Eugene has received numerous accolades.  Most recently, Chef Linton Hopkins was nominated (for the fourth year in a row) to receive the James Beard Award for Best Chef Southeast.


Everyone in the organization is extremely proud to see Chef Hopkins on such an esteemed list, which includes colleagues Hugh Acheson of the Five and Ten in Athens, GA; Craig Deihl from Cypress in
Charleston, SC; John Fleer, Canyon Kitchen at Lonesome Valley, Cashiers, NC;  Edward Lee, 610 Magnolia, Louisville, KY; and Andrea Reusing, Lantern, Chapel Hill, NC.
Congratulations to all Chefs, and to our chef, Happy Anniversary! 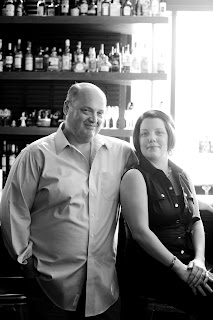 Posted by Restaurant Eugene at 2:25 PM