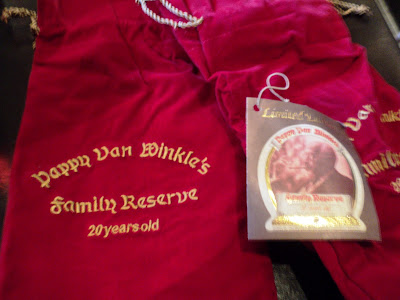 It's a very happy day at Restaurant Eugene.  The Pappy Van Winkle has just arrived --- a case each of the 12, 20 and 23 year aged bourbons.

A tricky thing that bourbon.  America's native spirit is named after the French royal house which held territory in Kentucky before it was Kentucky.  There's a county in Kentucky named Bourbon which doesn't actually produce any of the stuff.  Though 99% of the Bourbon in the world does come from the state of Kentucky, the 1964 law that codified the elements of bourbon does not dictate the origin. 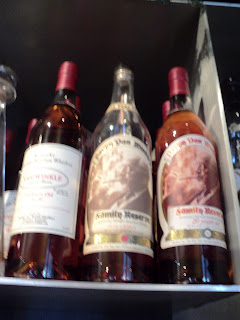 It does specify the mash: at least 51% corn base; the aging: at least two years in charred new oak; and the distillation; under 160 proof.

If you love bourbon and have never had a sip of Pappy, you should avail yourself of one soon.  If you don't think you like bourbon, you should try the Pappy.  Pappy is some of the finest there is, and no drink is more perfect this time of year. 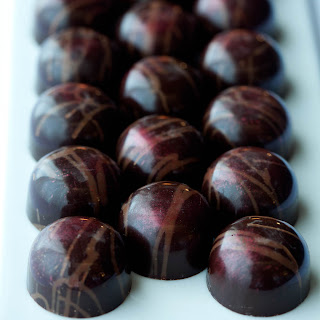 And what could be better with your bourbon than a bon bon or two.  Pastry Chef Aaron Russell makes a new bon bon flavor almost daily.  Tonight we have sorghum walnut praline and egg nog.  Both are creamy smooth chocolate truffle perfection and truly live up to their name --- "good good!"